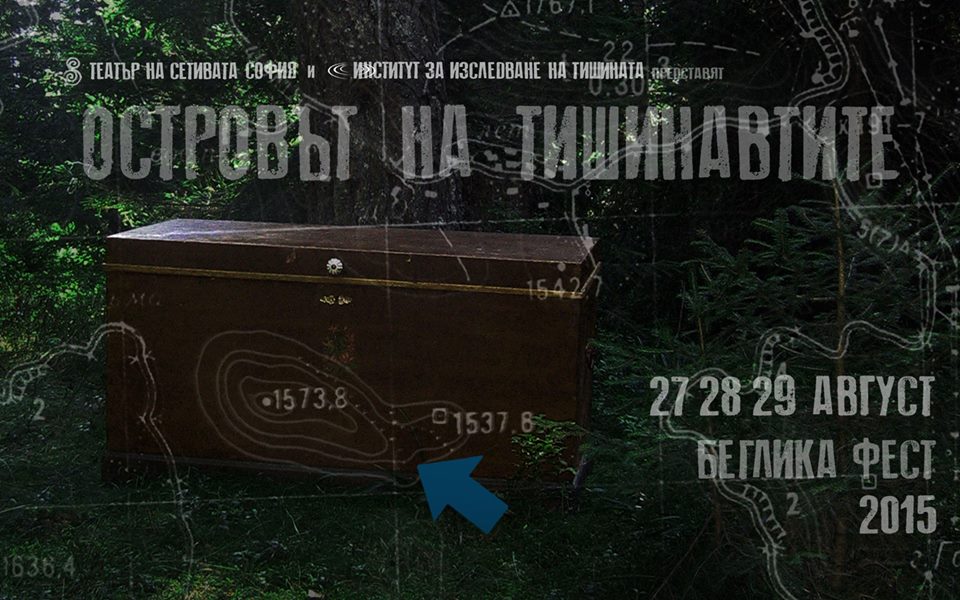 The Island of Silenauts exists only occasionally. Separated from the world by a mirror surface, reflecting the sky, it offers a temporary sanctuary to those who seek the Essence. Silenaut Island is a deep place, but not solitary – it is populated by numerous researchers. As the summer residence of the Institute for Silence Research, the island is a real physical place, creating unexpected opportunities for sudden discoveries and intimate encounters with those who travel in the space BEYOND WORDS. They are called ‘silenauts’.

You can be one of them…

The Island of Silenauts is a sensory space-Labyrinth, created by Sensory Theatre Sofia, specifically for this year’s Beglika Fest. Inspired by the magical natural environment of the Rhodopes Mountain and the uninhabited islands in Golyam Beglik lake, the silenauts from the Institute for Silence Research invite you on a magical journey under the crust of the reality we know… A journey that will expand the scope of your senses and will give you new opportunities to connect to Yourself, the Other and the Universe.

Those who are ready to cross over to “the other side“ and embark on a magical journey round the Island should know and observe the following instructions: