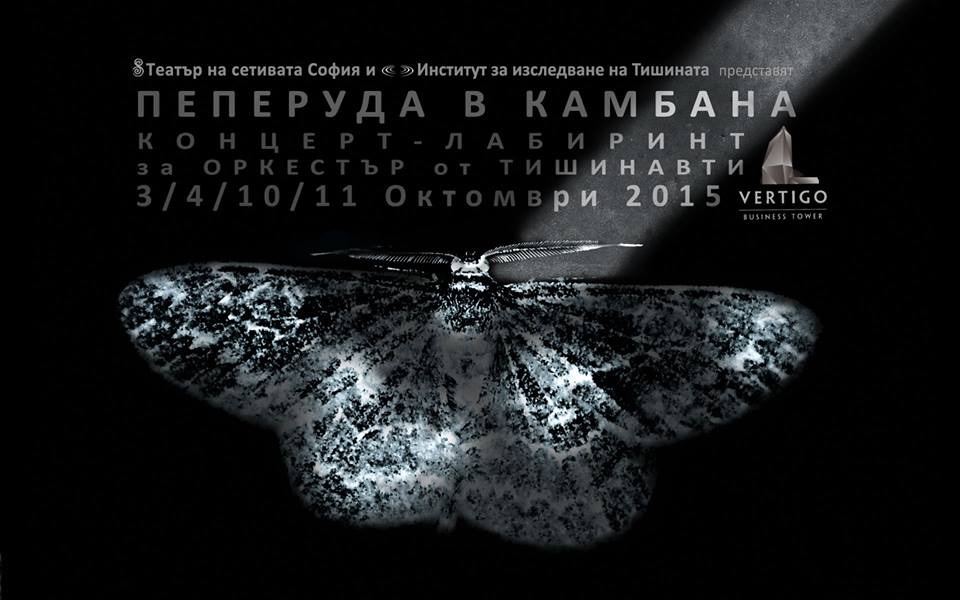 “A butterfly crashed into the bell. Nobody hears.”

THIS CONCERT IS QUITE UNUSUAL.

In this concert the pauses between the musical pieces are as important as the music itself. It is a CONCERT-LABYRINTH, created and performed by silenauts for silenauts. CONCERT-RESEARCH into the fine spaces on the border between sleep and wakefulness, where memories, visions and mirage blend into some unpredictable kaleidoscope. CONCERT-JOURNEY into an “invisible” labyrinth of silences and sounds on the edge of perception, where things have no names, only Being.

Beyond silence there is another Silence…

A butterfly crashed into the bell. Nobody hears?

The music you are going to experience through your senses is unpredictable, un-predetermined. It emerges from the moment and melts into the moment again. The silences last longer… They are the main subject of research for the silenauts from the Institute for Silence Research.

Every person, who has entered the Institute, is already a silenaut.